Experiential Ventures (EXP) is a team of hospitality, food & beverage, branding, retail, design, entertainment and real estate leaders who have worked with some of the most iconic brands in the world. 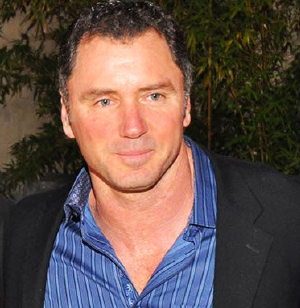 As CEO of Experiential Ventures, Schroeder is also leading the creation and expansion of other major projects with legacy brands including Sports Illustrated, Conde Nast, Authentic Brands Group and Emmitt Smith, as well as creating proprietary brands like The GARAGE.

Over the last 30 years Chris Schroeder has also been an interactive media pioneer, visionary resort developer, brand creator and marketing leader for globally recognized brands. He brings an award-winning background in creating and implementing large scale marketing, branding and development projects for globally recognized organizations including American Express, California Tourism Commission and MGM Grand Resorts. He is a founding partner of the UMUSIC hotel and entertainment center concept that is a partnership with the world’s largest music company Universal Music Group.

Schroeder previously served as Chief Marketing Officer for Veremonte, a multi-billion-dollar investment company out of London, where he worked to create the largest leisure development in Europe, bringing partnerships with Hard Rock Hotels and Cirque du Soleil. He also worked to incubate and launch Formula E, the first fully electric racing championship in the world, with such notable partners as Leonardo di Caprio, Michael Andretti, Alain Prost, and Virgin Racing. Races are held in iconic cities including Paris, London, and New York.

As an interactive media pioneer, Schroeder founded the world’s leading internet development company for the hospitality industry at the time, with 90% of the world’s largest hotels as his client. Additionally, he led the development of the first online reservation system of its kind in the travel industry for MGM Resorts and Hilton/Park Place Entertainment. During this time Schroeder also played a lead role in creating and implementing the largest rebranding and redevelopment campaign in history for MGM Resorts, which included developing a multimedia roadshow to present to stockholders and Wall Street investors to secure funding to implement the massive project.

Schroeder also served as President of the Interactive Division for Custom Marketing Group, the exclusive destination marketing group at the time for American Express, where he developed and managed digital media campaigns for over 20 leading Tourism Boards for destinations including State of California, State of Florida, Country of Mexico, and cities of Las Vegas, Cancun, Orlando, New York, and Chicago. Many of the programs Schroeder worked on were responsible for double digit tourism growth and hundreds of millions of dollars in consumer spend in-market.

Mr. Schroeder has also been a leader in travel marketing, incentives, and loyalty, having created a patented rewards system and founding a leading incentive company that created proprietary products and long-term marketing campaigns for companies including Capital One, American Express, Bank of America, Samsonite, and Ford Motor Company. Many of his programs were ongoing and included massive cooperative marketing initiatives incorporating local tourism boards, corporate partners, attractions, media, airlines and hotels. Schroeder also created the first custom travel offers for the Today Show, the #1 morning show in America, in addition to Fox and Friends, CBS, and others. Additionally, Schroeder, in partnership with Steve Burks, created a proprietary travel rewards system that multiple companies used including the world’s largest online travel company, Priceline/Booking.com.

During college, Schroeder founded one of the largest college travel and marketing companies in the country, with clients including Ocean Pacific, Miller Beer, Hawaiian Tropics and Ujena Swimwear. This led to him being hired directly out of college to serve as the National Marketing and Retail Director for the company owning Ujena Swimwear, Swimwear Illustrated and Runner’s World Magazines. 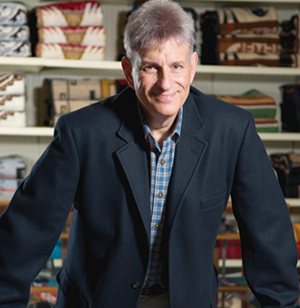 Mark Korros is a career CEO and or President for market leading, global brands including Pendleton, Filson, Covercraft, Samsonite North America and Franklin Covey. He has excelled in being a market maker who is astute in product development, marketing, and ecommerce. He has been credited for creating dozens of branded strategic marketing partnerships and licensing agreements for the brands he has led. Mark has been actively involved in philanthropic and social initiatives as the Patriarch in developing the funding organization for "Coming Up Taller Awards“ in participation with the White House.  http://www.cominguptaller.org/coming-up-taller-awards/

Kent Purdy is a seasoned entrepreneur and business leader who has worked in the entertainment, technology and hospitality industries for over 30 years. His experience includes to create a ticketing platform for major music festivals, including Bonnaroo and others. He has produced multiple movies with notable talent including Charlie Sheen, Ezra Miller and Olivia Culpo.

He was a key player in the launch of the UMUSIC Hotels concept and as Chief Strategy Officer for Experiential Ventures, he continues to help expand the brand as well as other initiatives with leading brands and organizations including Sports Illustrated, Conde Nast, Authentic Brands Group and Akoin. 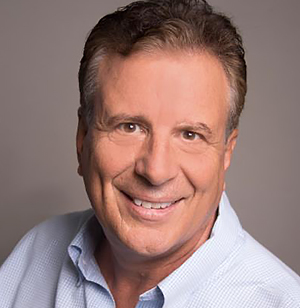 Steve Burks is a senior executive with over 25 years of experience including serving as Chief Marketing Officer for Disney Development, Ritz Carlton Destination Club, Marriott Vacations and Bluegreen Resorts.

Mr. Burks has developed a special skill set in forging strategic alliances with the largest companies in travel such as American Airlines, Delta, Hertz, Universal Studios, Six Flags, Priceline, Expedia, Travelocity and more. He has also built relationships in banking with Bank of America, American Express, and Barclays Bank.Mr. Burks has worked with the largest names in hospitality and has led his own company Brightstone International to over $1 billion in hospitality development deals. Mr. Burks enjoys building development relationships with brands and working to expand those brands.

Steve also partnered with Chris Schroeder to create one of the leading travel deal providers for companies like Groupon, CBS and America’s #1 Morning Show, The Today Show. Additionally, he and Schroeder created a proprietary rewards and incentive system for Priceline/Booking.com, the largest online travel provider in the world. Steve has also served as Board Member for the U.S. Travel Association. 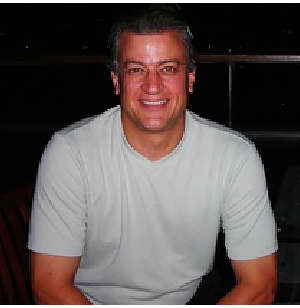 Rick Sconyers is an accomplished international Architect/Designer with a focus on entertainment architecture. Dedicated, not only to the space and materials that make up the environment, but the experience that it creates for the user. He has been successful in delivering projects based on striking the right balance between aesthetics, budget and schedule throughout Asia, Europe, the Caribbean, and North and South America.

As Vice President of Design and Memorabilia for Hard Rock, Rick was responsible for the design management of all Cafes, Hotels, Hotel Casinos and Live Venues, from 2000 to 2018. Including, creating iconic Hard Rock moments that were unique to each venue. Through the use of signage, sculpture, and the memorabilia displays he orchestrated the story of Hard Rock.

Prior to joining Hard Rock, Rick was the Project Architect and Project Manager with HOK Studio E the Entertainment Architecture division of HOK Architects. Developing a unique understanding of the specialty consultants needed to complete a more experiential architecture that tells a story and delivers on the overall experience of ones stay.

Rick was born in France and is an avid woodworker. He also is an iconic sculptor and enjoys playing percussion in a band. 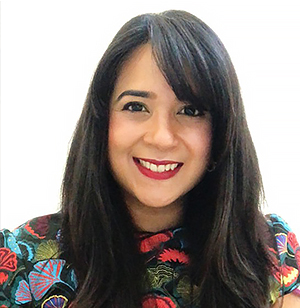 With more than a decade in hospitality with InterContinental Hotels Group (IHG), Sangeetha has been the brainchild behind many of IHG’s brand growth, in her role as Global Design and Innovation Director.

She holds patents for new hotel products and has given the global portfolio of IHG’s brands a transformational makeover to great acclaim, from branding, architecture and interior design to developing symbiotic partnerships with some of the world’s exclusive and elusive retail luxury brands.

Sangeetha’s core skill is her ability to be a visionary design strategist and conceptual branding expert, described as having great taste and a passion for seeing cutting edge work through completion.  Sangeetha has an undergrad in Architecture and an MBA, both from Georgia Tech.

Known internationally as an award-winning, world-class architect, planner and innovator, Behr is the CEO of Quantum-AIP. He has more than 30 years of experience in the areas of urban design, master planning, architectural design excellence and construction. As Executive Vice President and Partner of Experiential Ventures Hospitality, Behr is helping guide the way to create some of the most exciting immersive, experiential environments in the world.

His passion for design, international travel and culture, won him major project commissions in Dubai where he later became one of the main strategic “design think tank” leaders for the various development groups of the Ruler of Dubai, Sheikh Mohammed bin Rashid Al Maktoum. Some of the projects included the original master planning of Business Bay, The Lagoons, the extension of Dubai Creek back to the Arabian Gulf, and Dubai Towers Dubai, which at its early concept stage won the 2008 MENA Awards for the best supertall building in the world. His project accomplishments are still widely featured today in the “Impossible City” documentary of the Discovery Channel. 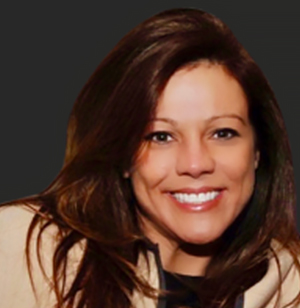 With a real estate career spanning over 25 years, thru multi-facets of the industry, including appointed as VP of a real estate law firm, Erica has collaborated and closed over 8,500 residential and commercial real-estate transactions primarily from the legal perspective across the globe. Her role as Executive VP and Partner of Real Estate at Experiential Ventures Hospitality highlights her skillset as a global facilitator, of unique and remarkable off-market sites and investors for Experiential Ventures brand concepts, including Sports Illustrated Beach Club Hotels and Resorts, and Conde Nast WiRED Tech Magazine Hotels.

Erica has spent much of her career procuring and closing properties, as well as handling discretionary consulting for high profile, high-net wealth individuals and a multitude of various companies where she has excelled at finding off-market opportunities. To this point, she has provided turnkey services, which include funding for real estate and other ventures, including fund raising for a sustainable energy-storage technology company partnered with NASA; mandated to identify investors for a life-changing neuro-technology company used to help children with Cerebral Palsy and Epilepsy; and also mandated to raise $1B, by the family awarded the government concession to build the first railway line in a developing country.

On a personal note, Erica was raised fourth generation of the politically-active family in South Florida, who founded the Orange Bowl Committee and Lighthouse for the Blind. This has afforded her life-long relationships and connections to multiple family-offices, high-net wealth individuals, and investors in her sphere. She balances her work with daily meditation, reading and for fun she likes to hit the sticks long and straight. 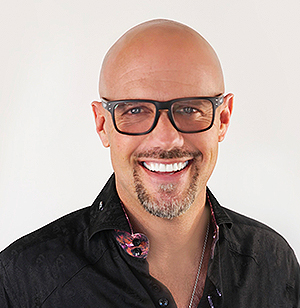 Mark is an award winning entrepreneur, inventor and inspirational speaker. His focus is on experience driven immersive technologies and providing intuitive strategic guidance in navigating the massive changes in today's environments.

Inspired by his passionate focus on community, Mark is also the Producer & Co-Host of The LIFE CHANGES Show and Live Event Series which shines light on sharing and embracing "change" in order to "do life better." Having experienced extraordinarily large ups and downs along with all of the life lessons in between, Mark has learned that wisdom comes with experience and persevering through the darkest hours. The successes are fun and empowering yet personal growth and expansion comes from the setbacks and struggles. He coaches that this is where the real insightful magic is discovered and authenticity ultimately realized.

Mark's contributions have resulted in numerous awards as an entrepreneur and inventor including; A Prime Time Emmy for technological innovation in film and television processing, R&D 100 award (The Oscar's of Inventing) and Businessweek Magazine Product of the Year.